Training for my upcoming ride from Bulgaria to Portugal has begun in earnest.
First weekend trip: 750 miles in 3 days...some of those relatively terrifying. Near Santa Barbara is a Dutch colony called Solvang where a bakery makes the best apple strudel but be warned they won't sell you a single piece, you have to buy the whole darned thing.
So I went along with the program and ate half of one all by myself. 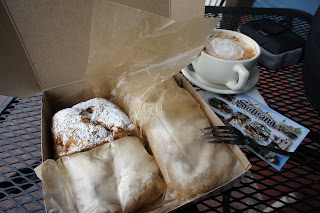 Then John took me to the same dirt roads we did a year ago when it was much colder. We turned a corner and found a mother deer and two babies running ahead of us out of sheer terror. Wished I had video of it... 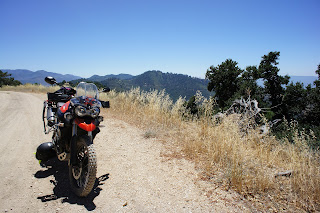 Decided to park my butt and enjoy the view of the valley below and watch the swarm of dragonflies. 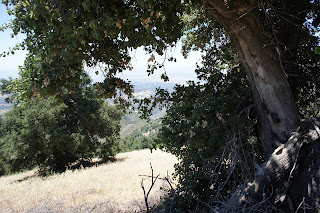 John coming around a corner fast as usual. 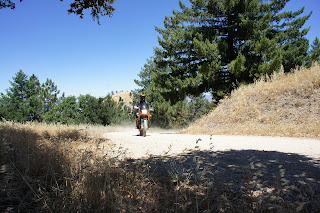 Had to stop off at Michael Jackson's Neverland for a photo. 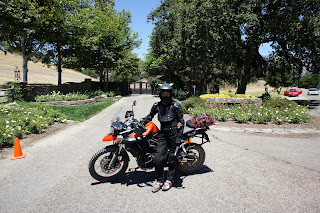 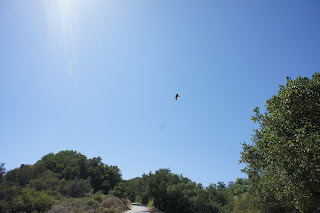 Great view from the top of a mountain. 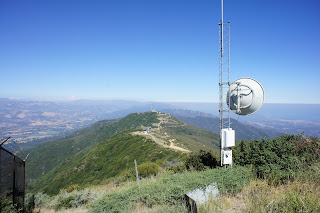 I'm about to do a section of dirt along the ridge that had me gripping the handlebars in fright....didn't really enjoy the view after this photo.

John and Judy allowed me to stay with them for a couple nights and I met the family dog Dexter who loves to nap. Course he's also talented at waking guests up at 7am. He can also turn on lights....they put peanut butter on the switches to train him to do that. 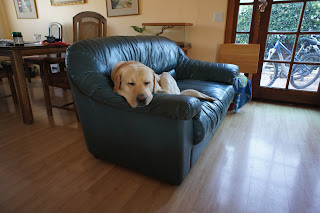 The bathroom I shared with 3 young smelly boys.... 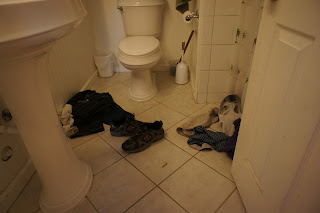 Didn't know John could play guitar, quite well too! 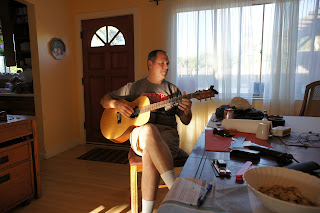 Saturday night we went to Ben's house for some BBQ pork tenderloin. A couple of my favorite words "BBQ" and "pork"....and a killer view of Santa Barbara from his backyard. 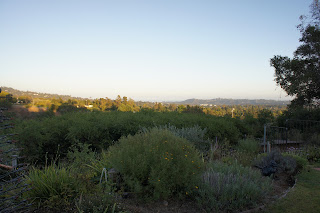 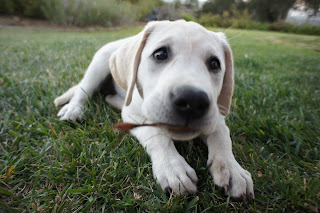 The brood. Ben in front, then Billy one of their sons and his friend then Judy and John next to me. 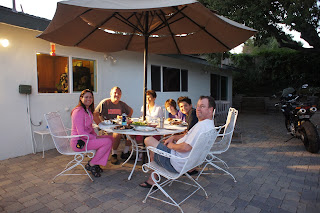 Rode Hwy 1 along the coast all the way home so I passed in front of Hearst Castle. If you zoom into this photo you can see it in the background way up on the mountain. 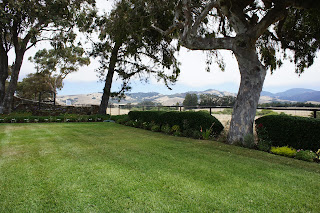 I did take one good spill, bent a footpeg and busted one clean off, no passengers for a while. Included in that exciting moment I got a bonus gift of a lovely grapefruit sized bruise that is even more colorful now. 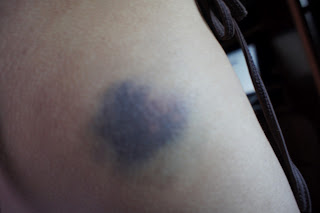 This next weekend its going to be a 500 mile ride over 2 days going to Northern Nevada.
Posted by specialagentnancy at 8:51 PM No comments: