Here begins the next big Special Agent Nancy trip...Eastern Europe this fall for 5 weeks. Now if you haven't subscribed to my blog yet, you might want to so that when I take a dive into a puddle of mud, you won't miss the fun.
Well actually to tell the story best, we must roll back the time to Spring 08. I decided on Eastern Europe and I wanted to see as much territory and the most remote, less toured places I could find. I found that in Cambodia, getting lost in little villages was an experience not to be missed.
So do I do planes, trains or automobiles? Well truthfully, none.
I decided to start riding motorcycles again. I had one 20 years ago for a few years and had not ridden since but it was time to try something new. I also had to find other crazy people like me to do it with. It's a long story but in a nutshell I found Hilary over the internet. Photo below. 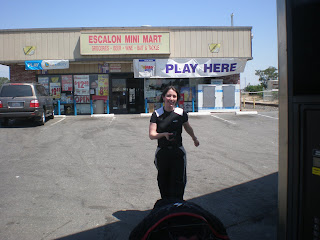 She is from the Bay Area (I learned that after about 30 emails) but lives in Prague.

Here is her website.http://www.motorbikeventures.com/
We decided on a plan. 9 countries in 3 weeks. 1/3 off road 2/3 paved. 4 riders, dual sport bikes and enough whisky to dull the pain.
If you've not seen long way round or long way down, rent them. Hysterical and it will give you an idea of what we are up to.
Fast forward to May 09. Hilary visited the Bay Area and we finally met. We rented bikes (I a Honda Shadow 600 and her a Harley Sportster) and did a test ride to Yosemite. 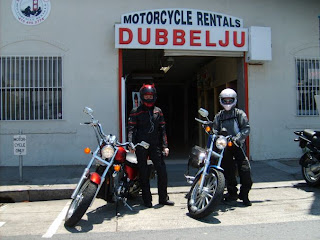 Yes, we are smiling under our helmets.

Rode through the hell of the lower valley in some pretty awful heat. Here is a photo of us finally arriving on the 140. 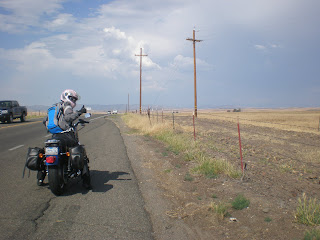 Our last and final stop for gas and water. We are 20 minutes away. See those dark rain clouds in the background....oh yeah, good times ahead....

Of course, we got lost trying to find "The Bug" where we were staying for the night. 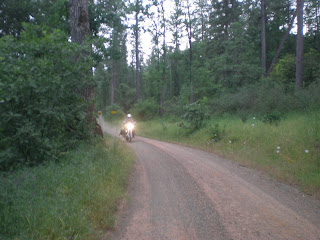 Riding a dirt/gravel road on a heavy cruiser is not fun....
Finally made it to the hostel after asking some really surprised boys walking along side that dirt rode where it was, we dropped all our gear and headed to the restaurant. It's a great place with cool bug sculptures all over. 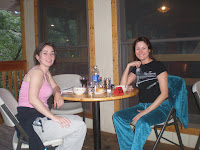 Woke up at 6am to get ready....gearing up, hungry. Cafe didn't open till 7am 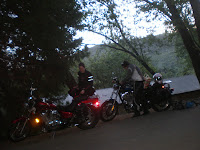 But it was worth it. We felt like we had the park to ourselves....hardly anyone on the road! 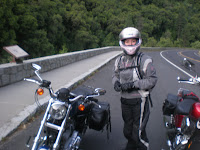 Stopped off at the river running alongside route 140 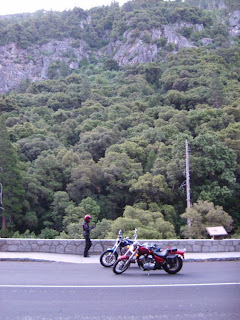 Did a nice little loop in the main park 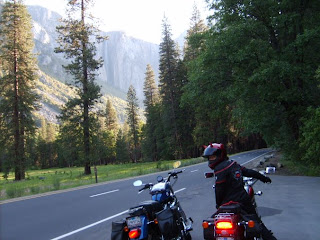 Drove through some great rock tunnels on the way through Tioga pass, newly opened. 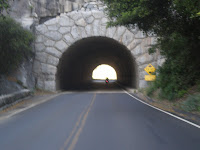 Saw this gorgeous waterfall, well there are many in Yosemite and looking at that reminded me of how the sweat trickling down my body felt the day before but not nearly as refreshing. 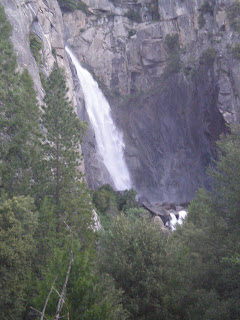 Made it up to 8,000 feet and started to worry about black ice. Check out the snow drifts! 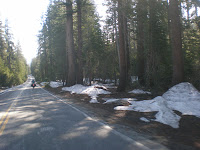 Found this gorgeous mirror lake, reminded me of the mirror lake I saw in New Zealand this past Fall.

Now I love finding stuff like this! Check out the signs on either side of the truck. Fantastic!
"No parking between these signs" 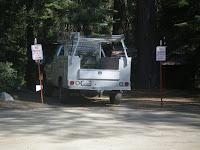 The Sportster 883 may have some power but it's got a little itsy bitsy gas tank and halfway through Tioga Hilary's low gas light goes on....and we see this. 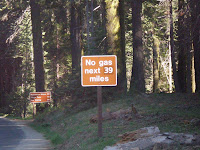 But Hooray, just after that was a gas station. We were so relieved! 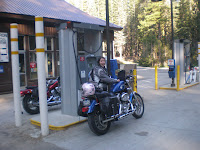 ...and check out the price! 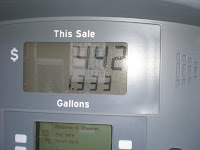 Hit a bird at 80mph right about here. 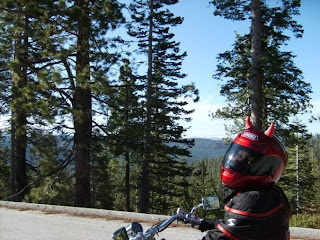 It sure was fun climbing boulders in full gear to get to this spot. 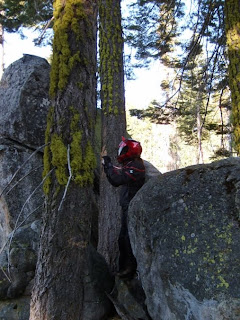 Finally after going through most of Tioga pass, all the way to May lake decided to turn around and find someplace to eat. Super hungry! 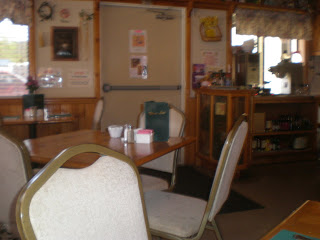 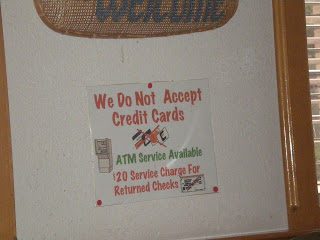 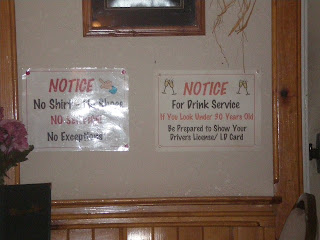 And in closing I'll just say that Eastern Europe trip is a full speed ahead and I leave you with a photo of a lovely little water hole near our hostel...

Posted by specialagentnancy at 5:16 AM No comments: