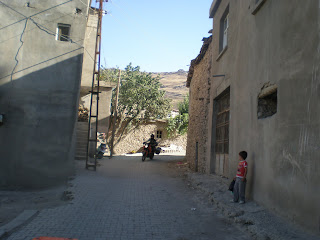 This is the typical crap we ride through, we had not planned on so much "off road". 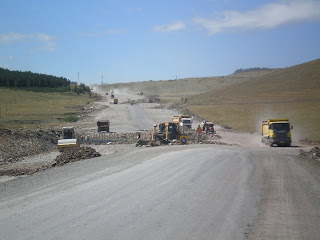 Luke was worried about finding restaurants that would serve food, not a problem so far...this kind man opened his restaurant and cooked us lunch. 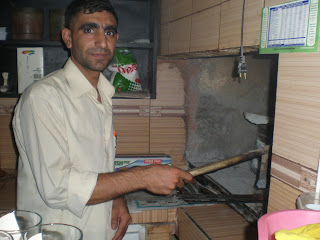 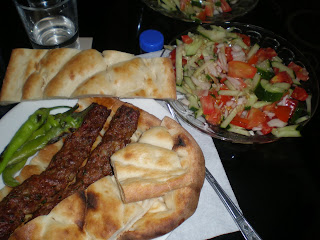 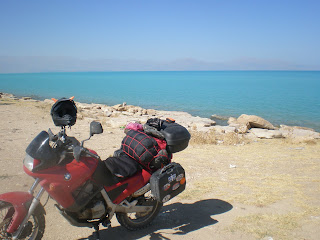 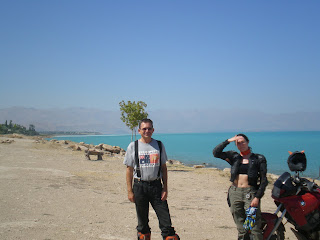 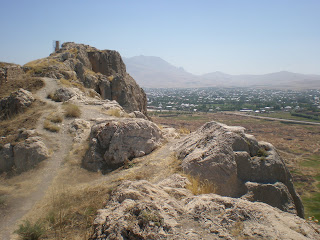 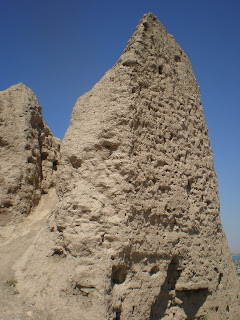 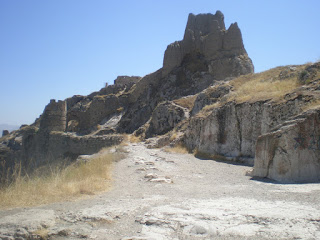 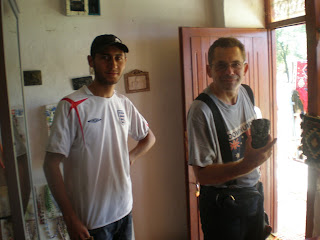 Then on to this old fortress near, shoot I have no freakin idea! 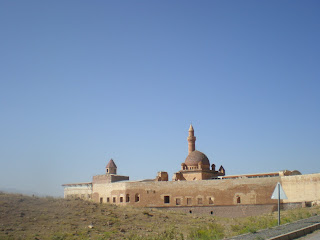 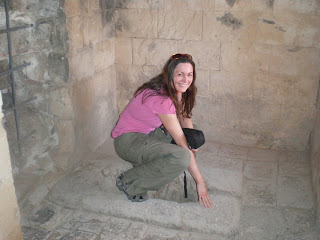 Was pelted with bugs...went through a cloud of them...check out the reflection on the right side of the mosque behind me. 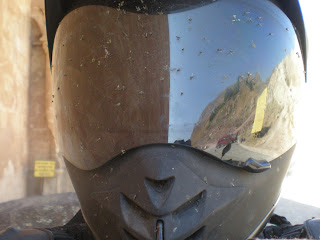 We have passed near the Syrian border, then Iran then Armenia, everywhere there is a large military presence. 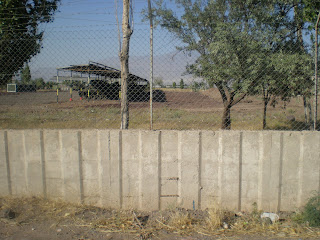 We gorilla camped again but this time at a gas station and we shared it with a litter of puppies. 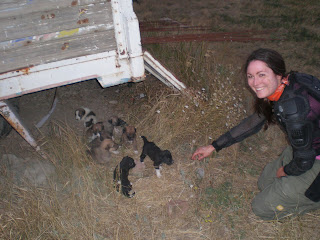 The homes here have these solar power looking things on the roof, probably to heat water and probably not much more effective than a radiator. 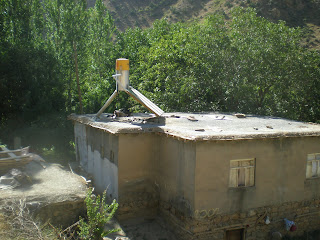 Rode by Mt Ararat 5000+ meters high and off limits, snow year around. 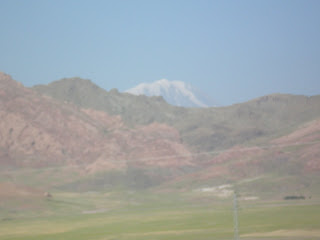 It's said that every 3rd street in Turkey is called Ararat. :)
These roadside fruit and vegetable vendors are everywhere....fresh everything especially the tomatoes. 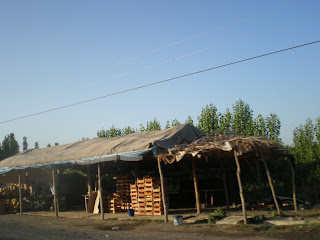 Stopped in some small town and had this bread stuffed with cheese...made Luke very ill, me well I had some stomach cramps. Everywhere I go, I drink the tap water, eat street food and that's the worst that ever happens. 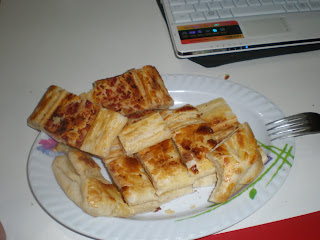 Took a slight detour based on advice from a local and found this gorgeous lake. 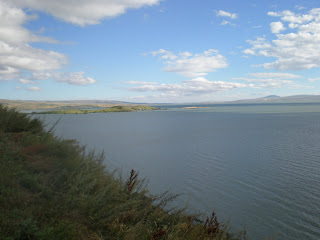 Next Ani, another ancient city that was Armenian and in fact a home run baseball throw from the Armenian border. 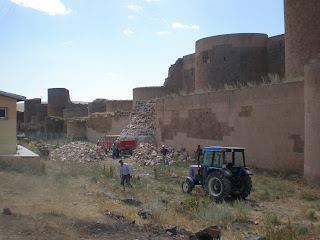 They are "renovating/restoring" the outer walls....not sure how I feel about that.
One of the main gates into the city. 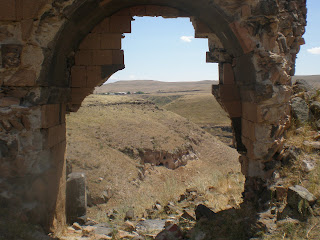 An Armenian church and a secondary church in the background that is said to have housed a fragment of the True Cross. 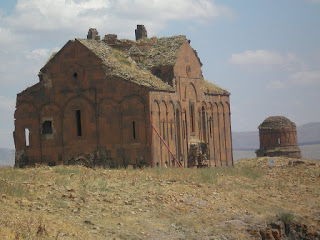 Inside the mosque overlooking the river. 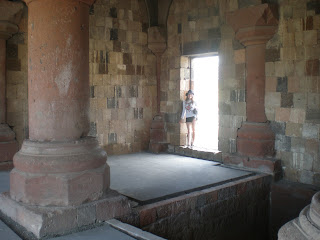 The other side is Armenia...ancient bridge. 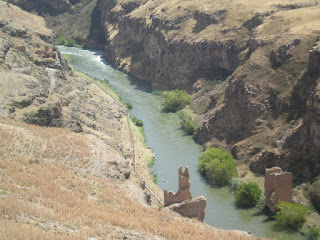 Toppled Minaret and the stairs that led to the top. 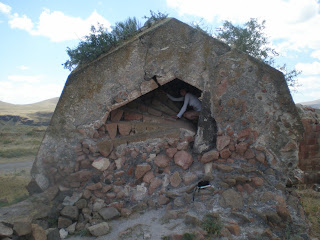 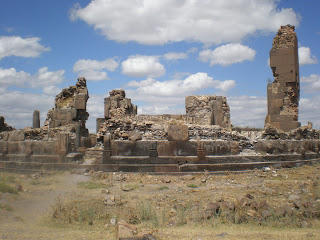 And in closing I'll just mention that the trash cans are TINY! 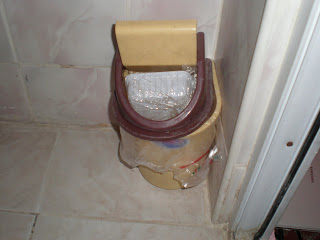 Posted by specialagentnancy at 10:32 AM