Stayed the night in a dumpy hotel that had one saving grace....a washing machine! I have discovered that they are very hard to find. Everyone washes by hand here...makes you wonder how clean the sheets are in hotels. Like I said, I would rather sleep in a tent in my own sleeping bag.
We left the next morning and rode by this very cool wavy rock formation. 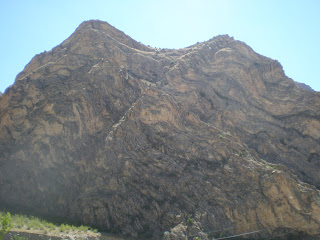 We ride along rivers a lot, there is an abundance of water here and the Turks use these cable "cars" to move things and people over the river since there are no bridges. 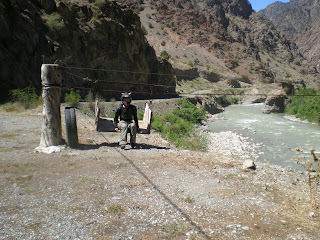 Stopped in a town to eat lunch. Ramadan means they only serve bread and water during the day and what they call pizza. (It was disgusting) 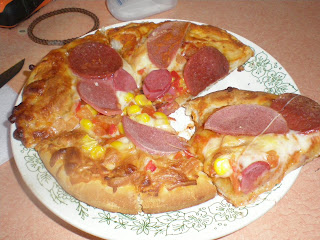 Our destination was the Kackar Mountains. Tourism is not a big thing for this country but this is one of the few places that even Turks will visit. Twisty narrow roads with blind turns. 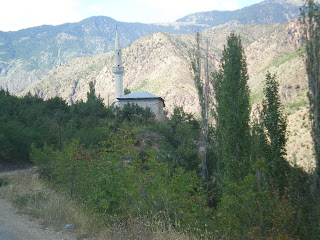 Then disaster struck. My shift broke. (Paul, you didn't think of that part) 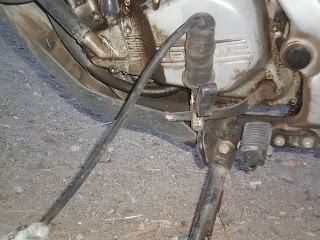 Thank god that the man who owned the Pension where we stayed the night had the equipment to weld it back on. 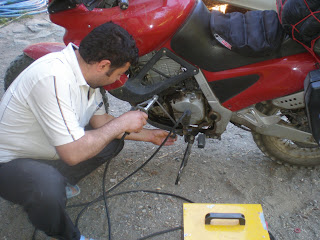 45 Turkish Lira for this AWESOME room and.... 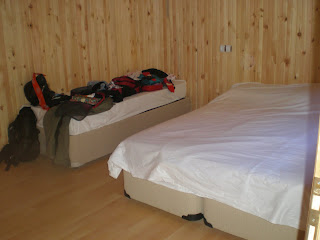 This awesome clean bathroom with lots of hot water...ahhhhh! 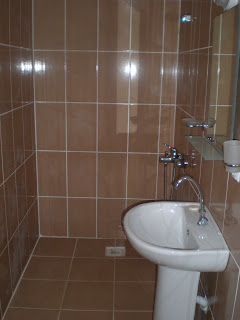 These were the cabins we stayed in. 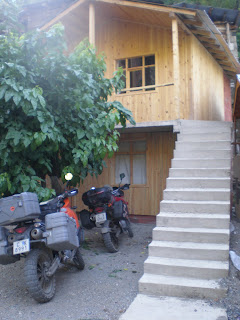 Now we have been eating an insane amount of tomatoes. They should have a tomato on the Turkish flag instead of the moon. They are always very red, very sweet and extremely juicy. 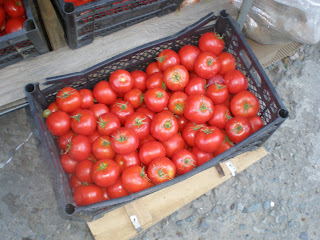 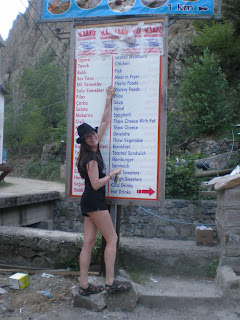 This was the typical river crossing to get to the homes. 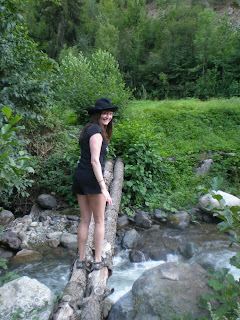 Don't even think of doing anything. 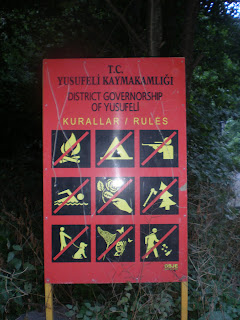 But it didn't say I couldn't do a little "watering", so I did. 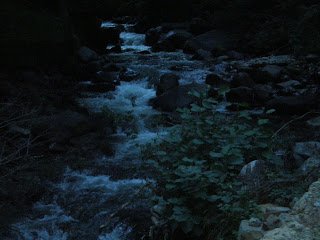 To bad this turned out so dark but a beautiful stream on the way to this Armenian Monastery in excellent preserved condition. 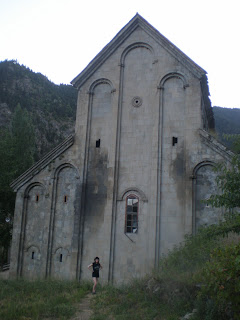 All through the Kackar mountains are these villages going up on the valley walls. 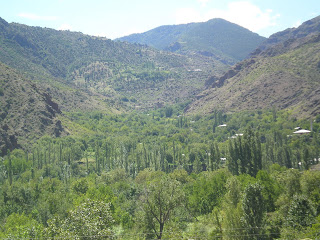 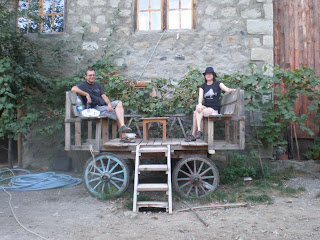 Oh and if my cowboy hat looks mangled well it is. Everything shape shifts on a bike. 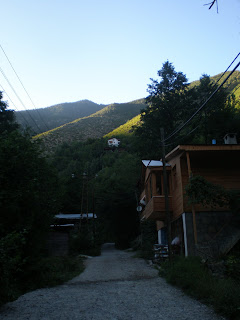 Cute little village, used the timer for this photo (as usual Luke is way ahead) so I didn't really get a good shot of it but hell great photo anyway. 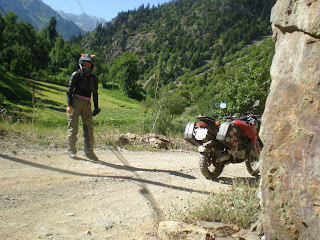 So here is the village I tried to get in the above photo. 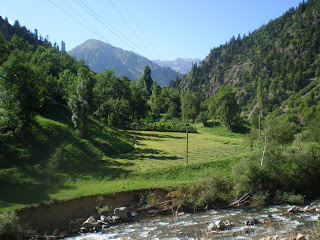 These lovely flowers are everywhere. 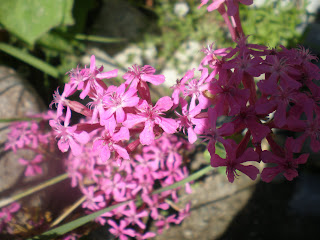 See the little pink head in front of the girl? This is a very old woman carrying a huge amount of brush and grass on her back. What was somewhat insulting however is when I wanted to photograph her, the two younger women who weren't carrying anything but letting the old woman do it said no. 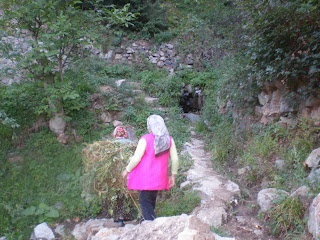 An overloaded truck of hay is a common sight. 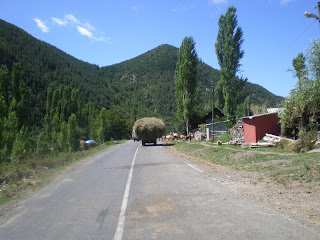 This is a famous spot for the Turkish motorcycle riders, they often post photos of themselves on their bikes then add a woman in a bikini standing under the waterfall with them. 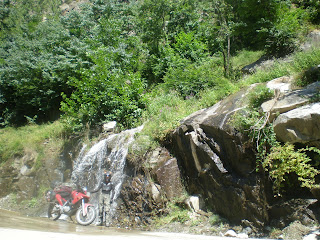 Stopped for some ice cream and skipped the disgusting pizza. 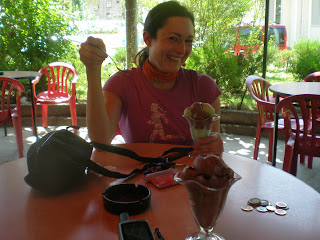 This kind man sitting next to Luke offered us a place to sleep and eat for the night free, we realized later when we could not make it through the pass that we should have accepted his kind offer. 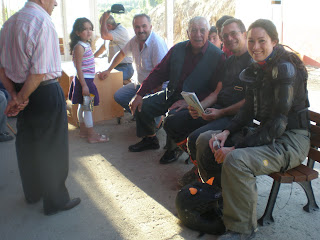 The wind was so strong it is holding me UP!!! 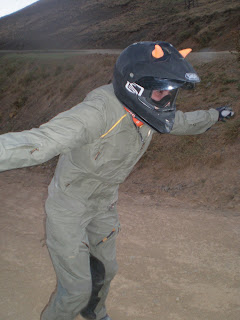 We rode 200 KM of dirt, gravel and rock today. White roads on the map are a crap shoot.
Tomorrow the Sumela Monastary.
Posted by specialagentnancy at 12:24 PM