100 shades of green and Sumela

So I waited to post this photo of a Saudi man that we met after leaving Istanbul at the beginning of our trip because he suggested a route that was built by the Russian military invading force around WWI to get into Turkey. He described that it was a road with sheer drops....he didn't mention that it was going to be a really challenging road...this happened to be the one road that I picked and wanted to take. Little did Luke realize I would choose the best route of the whole trip! 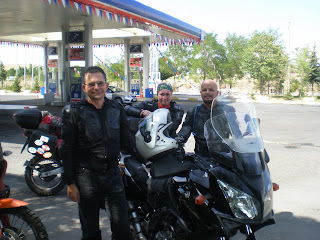 Remember the last photo of the wind holding me up? Well this was the valley after that. First it was a slow incline up dirt roads. Barren and dry but you could see a cloud of fog covering the valley we are about to enter. (and there weren't Hurricane winds to stop us either) 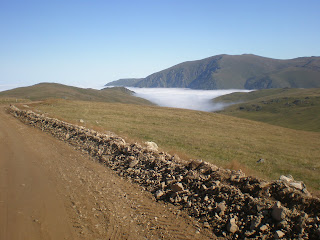 One of our first turns in the fog...jagged rock outcroppings. 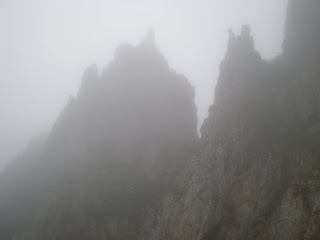 Decent trail but sheer drops....no not here it gets worse. 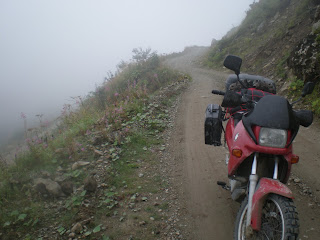 Below the heaviest fog layer we could start to see the valley. Mert described the Black Sea area as having over a 100 shades of green, I think we found it. 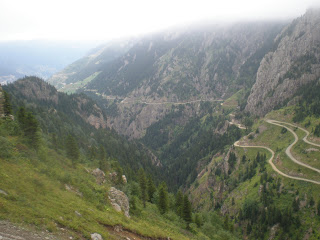 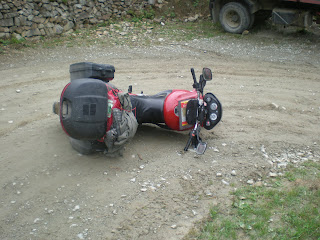 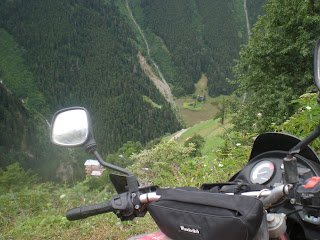 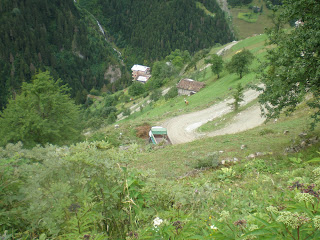 See that hairpin turn well there were probably 50 of these. Oh and plenty of mud. 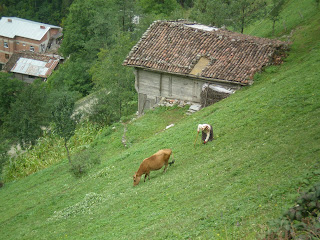 Greek influence here, the people look different than the rest of Turkey. 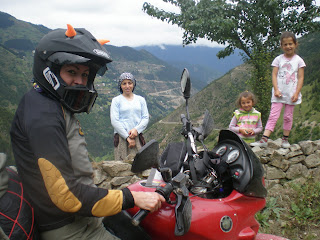 These two girls were just adorable. I was happy to have the hello kitty treats to give them. 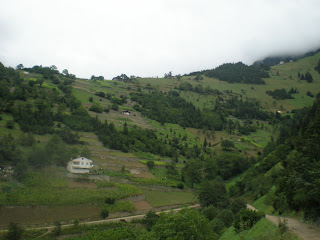 It was like the Swiss Alps but in Turkey. 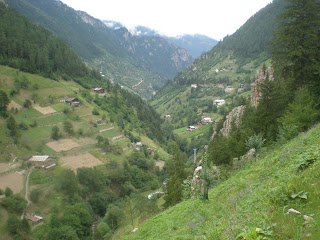 And these pictures just don't do this ride justice. Stopped in a little town to eat some fruit and see the women unload full trucks of hay while the men watched. 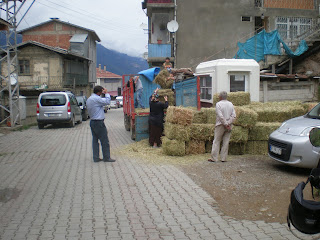 Now I did love this ride but after 3 hours of narrow, dirt and rock hairpin turns with sheer drops I was so happy to see pavement I kissed it.
The locals probably thought, oh how sweet, she's praying...but she's not facing mecca. 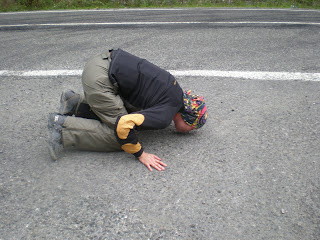 Our first glimpse of the Black Sea 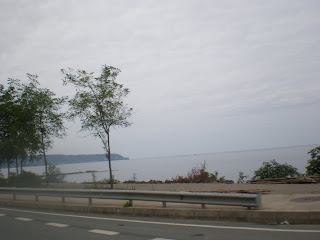 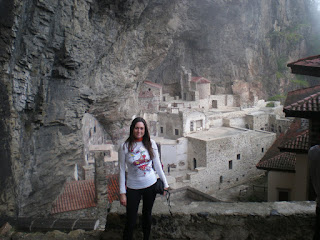 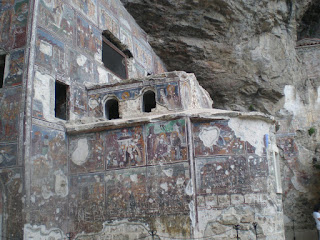 View from one window. 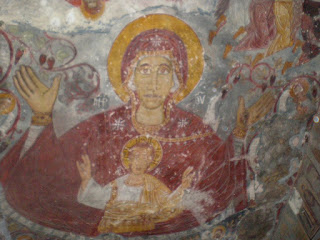 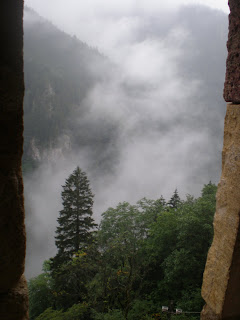 And guess what??? Big Red Bulgaria found a date!
Another F650, 97 just like mine....we met the Italian couple riding it on the way up but later regretted not getting their number or trying to stay in touch or ride... 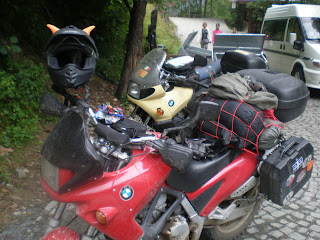 He invited us to stay at his house for the night and we decided to accept.
He let me cook my emergency macaroni and cheese in the kitchen...4 days of stomach cramps now but Kraft cured them. 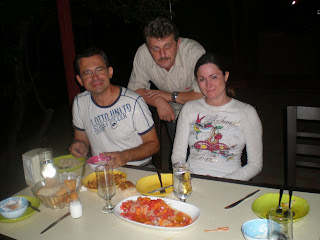 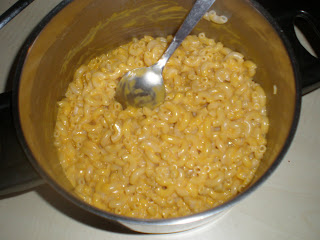 After dinner we followed him to his home; at night, down an unlit dirt road, beyond the city...we were both freaked out. Not to worry, it all turned out OK. 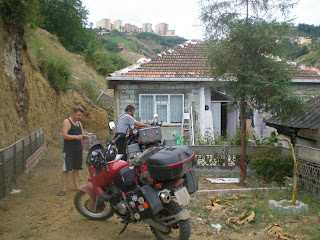 Well that is after he showed us his rifles and handguns (see it in the corner?, that's the room I slept in.) 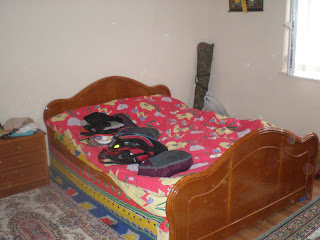 Then we set off the next morning and due to a lost item snafu met up with the Italians from the day before at a gas station! What luck! 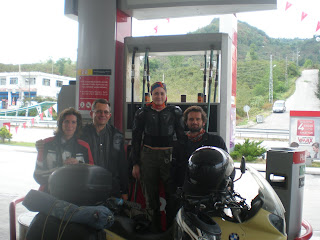 So we rode 500KM together and finally made it to Sinop where we found a camp ground right on the beach and finally took a swim in the Black Sea. 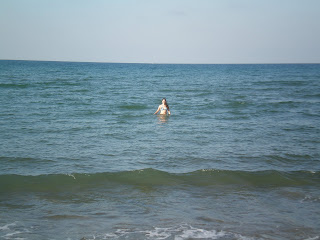 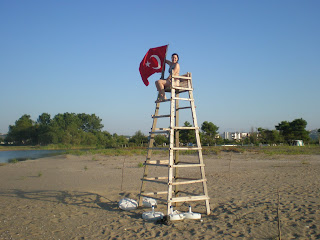 Posted by specialagentnancy at 2:40 PM