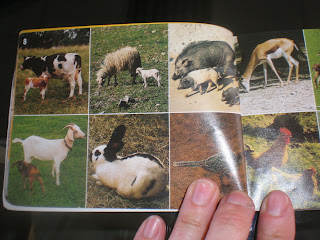 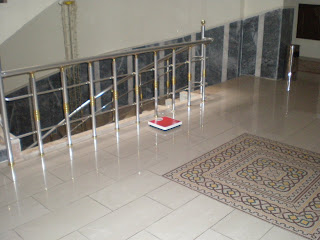 Hotel lobbies have scales in them (???)
Decided to head for the highest pass in Turkey where we stopped in a village and everyone came out (AGAIN) and this kind person advised us to take the 3000 meter pass instead of the higher one. 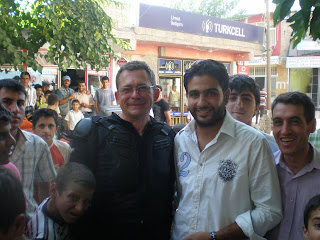 Found one of the most GLORIOUS rides of my life thus far. 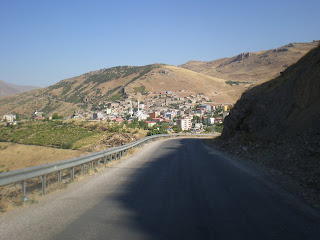 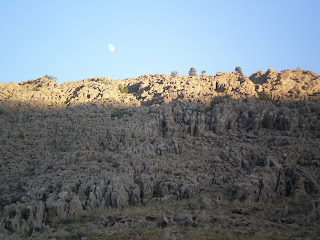 Winding twisty, potholed roads and villages along the way.
The moon is getting fuller. 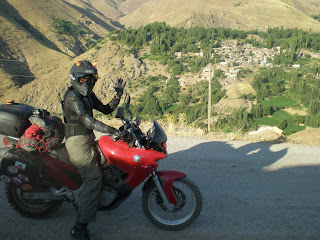 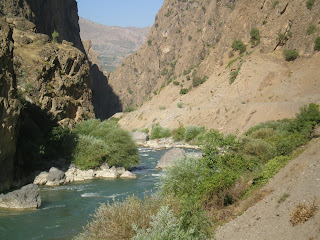 Rode along a stream for a while. 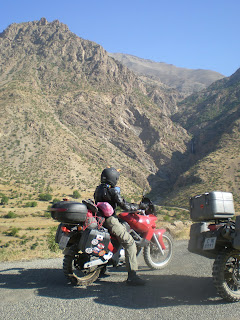 -I prefer gorilla camping in the middle of nowhere 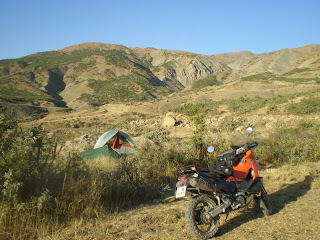 and taking a bath in an irrigation stream rather than a “Grand” hotel. (in fact I’ll just stay the hell away from anything with the word “Grand” in it. 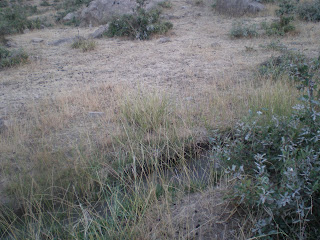 The next morning we had a breakfast of figs, well fig jam now... 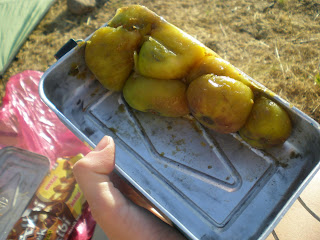 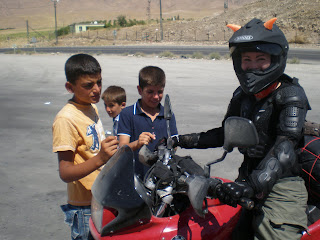 Now this one will make many people laugh out loud;
-I am a magnet for Turkish boys. 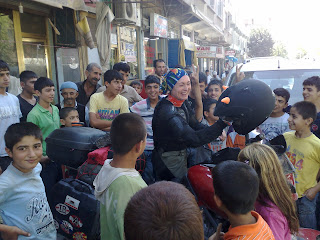 How hot is Turkey in August?
The pavement melts. In the U.S. usually a bike will ride in the tire track but here it’s the opposite, it’s safer to ride in the middle where the oil drips from cars. Why? Because in the tire track the pavement melts and it’s the consistency of crunchy peanut butter but a lot less fun. (the black track on the right is melted) 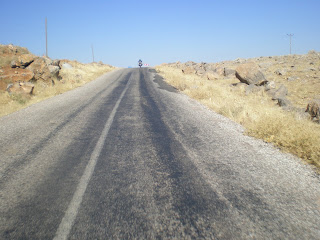 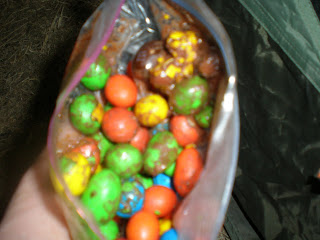 Riding through 107 degree weather is like having 50 hair dryers on hot blowing at you and passing a fully loaded truck belching black smoke trying to go uphill is like a blow torch. Your nose and eyes are always dry and lips chapped....MJ even you would use chapstick and M&M's melt.
Lots of fresh water ponds where we cool off. 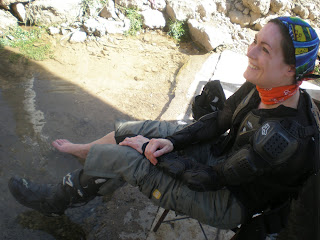 Went from 104 to 54 degrees from the Eastern plains to the Black Sea region.
Had some fun with my Spot. Took a dirt road and hit enough bumps to finally wear out the industrial strength Velcro…I had a feeling of where it flew off and I also suggested to Luke that some boys we passed had it. Sure enough they hit 911 and the local Jardarma, border patrol (we were on the Armenian border) AND the police all used my GPS to track me. It was impressive!
These guys are from one of the three units who found me... 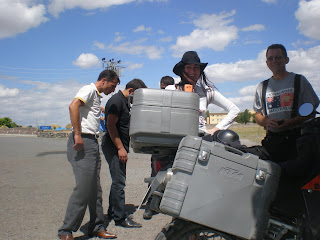 We have visited so many archeological historical sights now I can't tell you the names anymore but here is another one, cave homes. 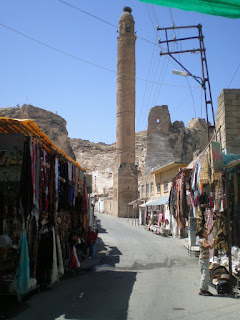 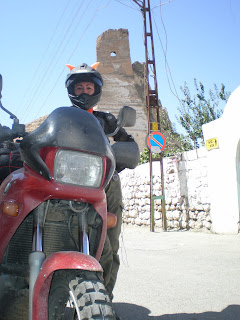 And an ancient bridge 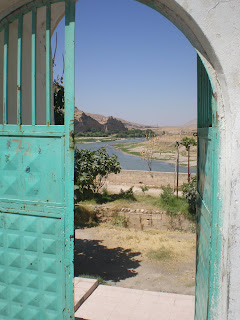 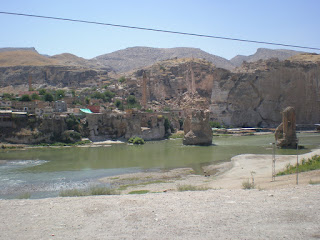 Posted by specialagentnancy at 10:54 PM